Los Angeles is a dream come true to many, yet driving it can feel like a nightmare. Whether you’re from the area or not, getting to know these streets is a great way to get to know the people who live here.

Here’s how to navigate LA!

When you’re in almost any other city, if you say a shop is a mile away, you may assume it’ll take less than two or three minutes to get there. In LA, if you’re on Wilshire Boulevard, it could take up to thirty minutes to go a single mile.

This is why it’s important to plan out what you’re doing ahead of time. Pick a pocket of the city you want to explore every day, and then stick to it. There’s far too much city to try and fit in cross-city drives every single day.

Give Yourself Time and Plan Ahead

Planning ahead is important! First of all, plan a trip that’s at least three days to a week long! This is a massive city, and it’s going to take you a while to explore all of the parts that could excite you.

Beyond your trip itself, plan every route you’re taking. The best way to do this is to pull up Google Maps and look at how the traffic is looking. Maps will give you the best way to reach the houses for rent in Los Angeles you’re checking out while giving you the option to avoid tolls and highways if you want to.

Go With a Local If You’re Unsure

If you’re not sure where you’re going and you’re worried about driving, go with a local! This is one of the first areas where ridesharing became popular! Instead of having to worry about whether you’re going the right way, call for an Uber or Lyft, and watch how they take you to a destination.

If you have a friend that’s a local, ask if they’ll drive the first couple of days until you’re used to the roads. LA can feel like it has its own language for drivers, so don’t let it wear you down!

When you’re in the city, especially if you have to go downtown, treat everything as though you have somewhere important to go. Don’t stare at your phone or talk on it while you walk. Keep your headphones off, and be aware of your surroundings. It’s important to be safe.

Most of the city is a dream come true, but if you have to go to the more dangerous areas, be as safe as possible.

Los Angeles is an Incredible City to Know

Whether you’re visiting for the weekend or moving out here for life, Los Angeles will blow you away. Get to know the people, the incredible good, and the great entertainment industry, and you’ll never want to leave! 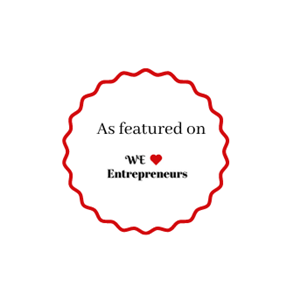